South Ashford Baptist Church was started as a plant from Ashford Baptist Church in the late 1950s, originally from a Sunday school. Instrumental in this was Sister Mabel Sands, who was part of the Baptist Deaconess Order. Our custodian trustees ( Baptist Union Corporation) inform us that the site was purchased in July 1959. Sister Mabel stayed at the church until the early 1970s and passed into the presence of her Lord in March 2009. 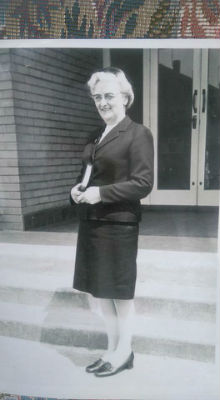 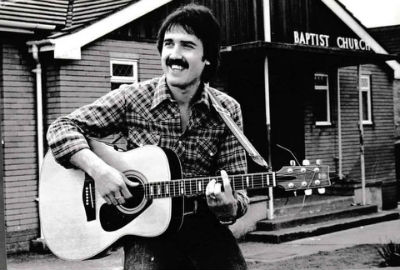 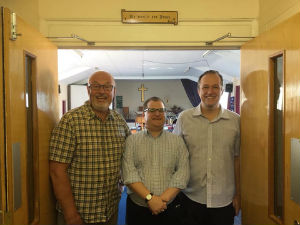 ( above top:  Rev Steve Flashman with his guitar in the 1970s, above bottom: Rev Jerry Newson, Rev Andrew Mumford and Rev Dr Daniel Clark, taken in June 2018 when Daniel and family were home from Peru on Home Assignment.)

Our 60th anniversary was on Saturday 14th September 2019, when Rev Steve Chalke preached. Steve was a youth worker here in the early 1970s under Rev Flashman. 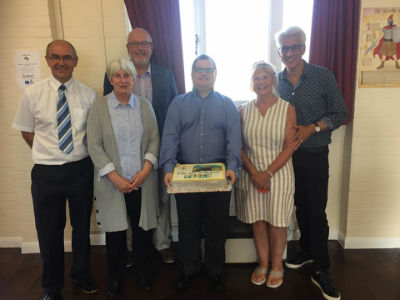 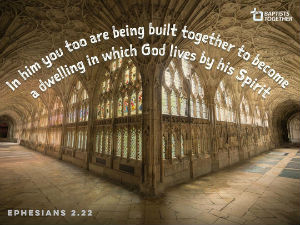